Proving you don’t need carbon-fibre plates or foam to run a fast time, Pachev turned up to the race in Portland wearing a pair of foam Crocs.

So Benjamin Pacheco ran 14:47.62 for 5000m in @Crocs at the @PortlandTrack Twilight meet on Saturday.

More recently, Benjamin put in an impressive performance at the Utah Valley Half Marathon. He came an impressive fourth at last Saturday’s race, finishing with a time of 01:06:33, just 1:25 behind the winner, Sean O’Connor. Benjamin’s family posted a video of the last stage of his run to YouTube.

While Crocs are not designed to run in, they are extremely lightweight shoe, with a heel strap for a secure fit. They are also a lot cheaper than the Next%’s many runners opt to wear on race day.

Speaking to Indy Star after his half marathon, Benjamin’s father, Sasha, explained why he chose to race in Crocs. ‘I was trying to figure out if there was a better way to run than in regular running shoes,’ he said. When watching his children run wearing Crocs, Sasha noticed how natural their form was, telling the publication, ‘And they ran, at fast speeds, and I could tell their form was better in Crocs. It looks more natural. I said maybe there’s something to it.’

‘They’re really not that much different, speed-wise, from racing flats’, Sasha claims.

His children are clearly following in his speedy footsteps, opting to wear the clogs for runs and races. Serious kudos to the Croc-loving family. 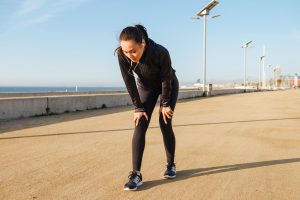 Getting Through A Hard Training Session

There are many times in your running training where you have to push the limits. These sessions can often be just as hard on the 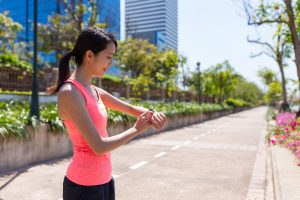 Mastering our pacing is a skill which takes time and practice.  It’s one of the fundamentals of running racing, and it’s normally easy to spot 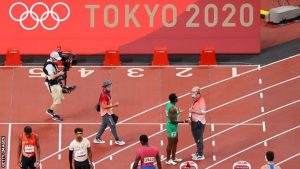 Records continue to tumble on the athletics track at Tokyo 2020, with many citing the impact of “super shoes” and a springy Olympic track built